Where we come from

learn about where we come from. 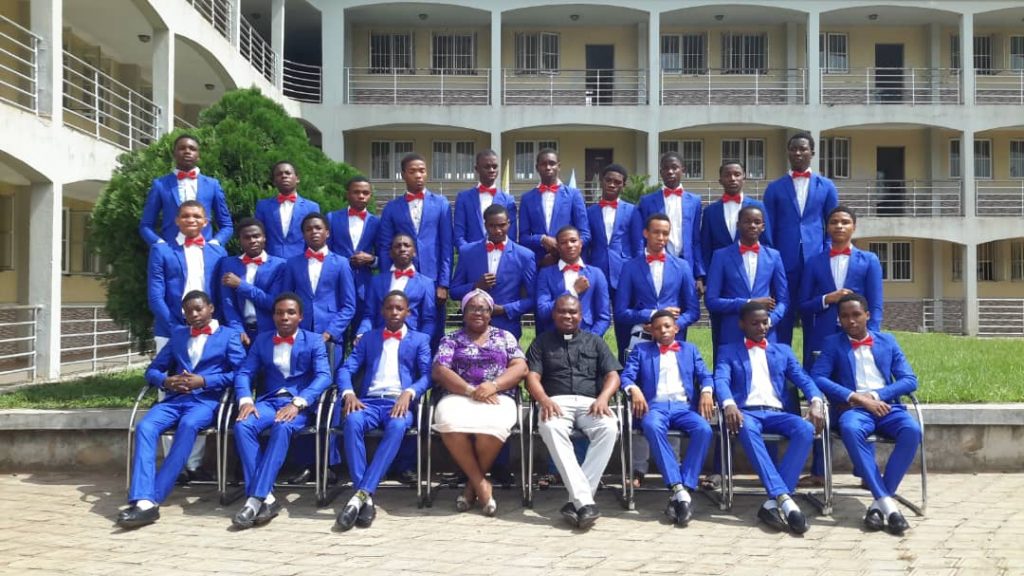 In 1979, with the help and agitation of the Old Boy’s Association, the college returned to its old name, St Patrick College.

Historically, St. Patrick College Asaba prides herself for maintaining high academic standards. It holds the record of the school with the best WAEC results in 1972, 1974 and 1975.

On the 27th of October 2011, the Delta State Government officially handed over 41 (forty one) secondary schools back to the former missionary owners and St. Patrick College was one of them. The college is completely under the care and administration of the Bishop of Issele-uku Diocese, Most Rev. Dr. Michael Odogwu Elue. The catholic mission took over the administration of the college in September 2012/2013 session with Rt. Rev. Msgr (Dr.) Stephen Uzomah as Administrator and had her first in take of 40 student into JSS 1.

St Patrick’s College, Asaba is the oldest secondary school in Delta state of Nigeria. Presently she has 27 teaching staff including Priests assigned to the school, 25 non-teaching staff and 287 students in classes JSS 1 to SS 3. In September 2018 Rev. Fr. Ignatius Offor was appointed principal and he took over the administration of the school from Msgr. Stephen Uzomah.